Good day to my anxious fallen angels! I thought I knew it all. Yet I also have this old proverb in mind: The wisest people can admit that they know nothing [compared to what they could know.] Being a loner is safe and calming. However, recently I have been challenging myself to be less introverted. So I joined PRIDE club at my college. Don’t worry, I’m not gonna bore you with the details of my ongoing obsession with a man I can’t have. They’re the most addicting kind of people. November 18th will be my first ever drag show. I will be a gothic queen named Seductress (seduce+mistress). The song I’m gonna do is Cool For The Summer by Demi Lovato. I gotta wax and do makeup. (Good thing I already bought my costume.) I have been practicing my dance routine in heels at my local park. Civilians pose a threat because anyone foreign of my knowledge is frightful to me. Anyway, I notice the other members of PRIDE club constantly talk shit about each other. Once someone leaves the room, the absent member becomes a target. No doubt they talk shit about me once I depart from their presence as well. That’s what I get for leaving my comfort zone for some fresh air. Perhaps fresh air doesn’t exist anymore, or ever did for that matter. So much drama occurs when people outside my mind come into view. I don’t trust them. But I’m not doing drag for them, I’m doing it for my own personal gain. I always wanted to try it. Joining PRIDE was a way to relinquish my curiosity and making friends was just an added yet far-fetched bonus. I know you all must be dying to see me in my alternative garb. I will definitely post pictures and maybe even videos of this spectacular event in my life when we cross that bridge together. My fallen angels, be careful but not too careful, or you will end up like me. Have a wonderful day! Over and out.

Hello to my obsessed fallen angels! It’s funny how I want so desperately for someone to care about me yet I honestly don’t give two fucks about anyone other than myself. I am a hypocrite. It’s ironic how I can be a social butterfly flapping my gums while not really saying much. I am a poser. My career path strays towards helping the reputation of people with mental health problems yet I doubt we will ever be taken seriously. I am a sell-out. I’m in love with the idea that someday I can have my cake and eat it too. Same goes for the power that men have over me. This guy I’m currently interested in actually has two suitors awaiting his decision apart from me. I’m not gonna hang on for dear life to find out who he finds to be his most worthy mate. Fuck that! And yet I find myself waiting by for his call or his text. Any proof that I’m of any value to him. I don’t literally wait by the phone. I mean I got shit I gotta do on a daily basis but you get the idea. Although I really like this guy, I’m gonna try not to be his third suitor. Boy, he must feel really high and mighty. How come I don’t have suitors?! Why can’t someone be obsessed with me for once?! I’m tired of being the obsessor. Their glowing rods appeal to me, vigorously attracting me to them like a moth to a flame. I need to go back to “Sleigh.” I missed two weeks already. The first week I missed was because of that stupid charity run that stemmed across two adjacent cities. It blocked off every damn road and really fucked up the bus routes that day. The second week I missed was because I thought I could buy a replacement charger for my laptop at Best Buy and still be able to make it to “Sleigh.” Man, was I wrong! Now that tomorrow is imminent, I decided to skip the parade I was supposed to march in to go “Sleigh” instead. The object of my desire was gonna march with me tomorrow and no matter how much I yearn to be in his company, I have to take care of myself first. At least I acknowledge that I can get easily obsessed with an attractive man and that I’m taking initiative to work on my addiction. One day at a time. I need to find a happy medium. No more living by my moral code: Leave me alone, I’m lonely . A part of me really enjoys my privacy and this chronic loneliness I am cursed with. Yet I desire companions of biblical proportions. I’m a handful of paradoxes. I’ll get through this somehow. I’ve survived worse. Have a wonderful day! Over and out.

Hello to my fallen angels! Somewhere along my relationship with my ex, I became obsessed with him. He was like a drug that was ever so addicting. To this day, I feel like I’m going through withdrawal. 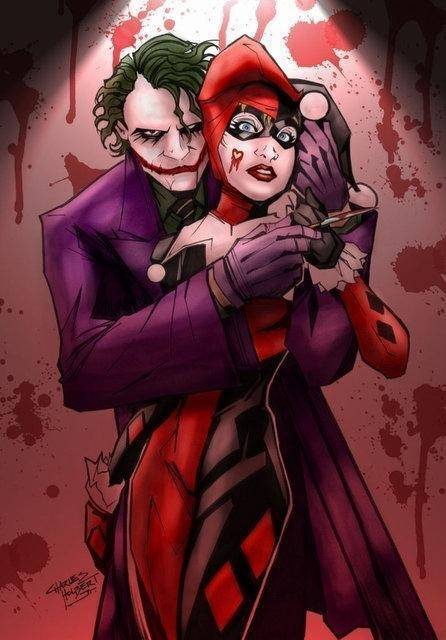 I relapsed yesterday. It was around midnight and I was feeling very lonely. So I called him. I memorized his number, and I don’t think I will ever forget it. It’s stuck in my long term memory forever. His phone was ringing for thirty seconds. Thirty seconds of anxiety and fear. But he must have fell asleep with his phone on. So I left my ex a voicemail. I tried my best to not cry. Even at my lowest, I attempt to play it cool. I told him that I was worried about his well-being and I wanted to make sure he was doing fine and a request for him to call me back. Then I felt stupid and weak. I hate weakness. It’s pitiful to me. Then that suicidal ideation came back. So I called the Trevor Project. It’s a national suicide hotline specifically for the young LGBT Community for ages 18-24. A lady named Renee spoke to me for about a half hour. We covered so much in that short time. I told her a brief synopsis of my past relationship with him. She asked me if I always feel like this. I said no. Then she asked me what triggered these feelings. I recall that a couple days prior, I came across his Facebook page in the “People you may know” section. His profile picture… so handsome…. I told Renee that I broke up with him several months ago. I think I had to. He reminds me of my father. My father was a beautiful person but I never understood why my mom divorced him until recently. My mother described him as having two prominent sides to himself. One side was polite, playful, loving, and sweet. The other half was dark, self-destructive, negative, and sinful. I hated my mother for leaving my dad but now that I have gone through the same thing with a man, I found myself forgiving my mom for everything she has done to me. This pain I feel for losing my ex is hard enough. For my mother to still take care of me and my three siblings too must have been very difficult for her. I last saw my ex at a Subway Restaurant. He offered to buy me food, but I politely declined. I waited for him to pay for his sandwich and sit down beside me. He had wanted to talk about starting over again with me. I told him that it’s impossible. We had so much history together and for us to start from scratch was laughable. I told my ex that I didn’t love him anymore, even though, to this day, I never stopped loving him. He looked so hurt as I walked away. I keep thinking about the look on his face that day. I cry silently in the sanctity of my own home. I couldn’t handle his dark side anymore. In the past, I believed that I must take the pain with the pleasure. But I was wrong. Renee said I shouldn’t have to contain my feelings and emotions to satisfy my ex. He was so adamant on proving to me that he had no feelings or emotions, that he was strong and stoic like a robot. Why can he claim he loved me without those two things? He was my first love. I wasn’t a virgin when I met him but he introduced me to what love really is. I said to Renee that I don’t think I will ever love anyone or anything ever again. I lost interest in everyone else but him. There are beautiful, attractive men out there in the world but they are nothing to me. Anyway, I decided to major in Psychology under Liberal Arts. Renee told me that is a great idea. My personal experiences and sympathy will make me an astounding therapist. I felt better. Then I fell asleep and woke up this morning for church. Hope. Faith. God. The only things I live for. Have a wonderful day! Over and out.

Poetry and Prose by Author of #1 Amazon New Release, Nature Speaks of Love and Sorrow, Co-Author, #1 Amazon Bestseller, Wounds I Healed: The Poetry of Strong Women, Spillwords Press Author of the Month, Jan/Feb 2022, and Monthly Contributor to MasticadoresIndia/USA, 2022.

The Showers of Blessings

Grace of the Sun
Unique Times

Where I share my jewels of wisdom of life

Myths of the Mirror

"He heals the brokenhearted and binds up their wounds." Ps 147:3